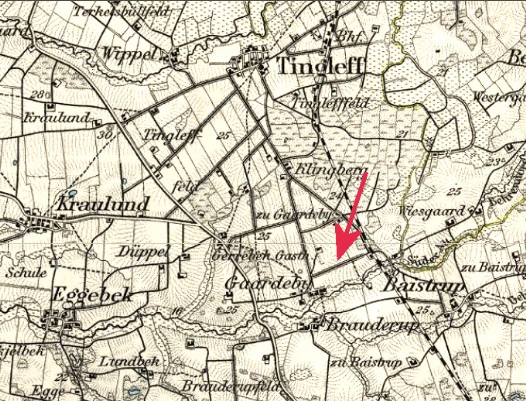 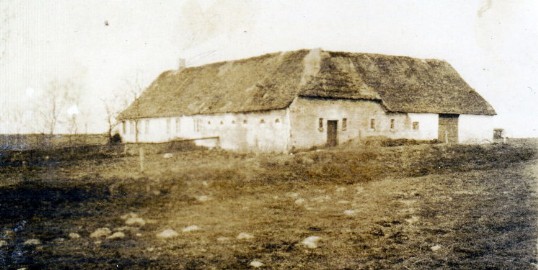 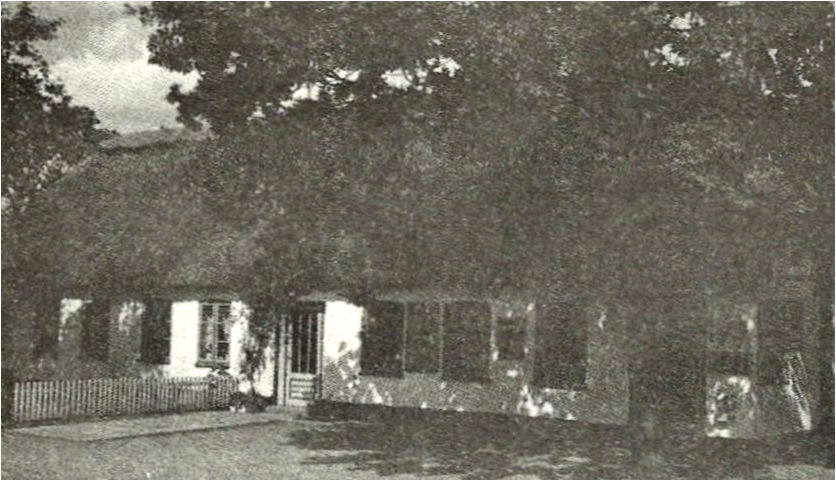 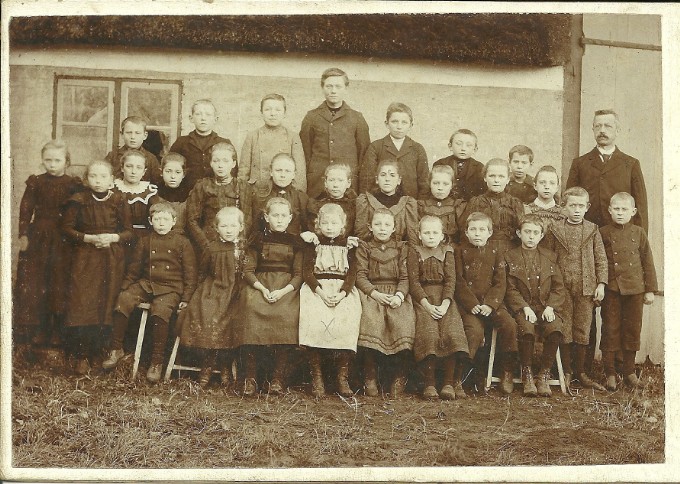 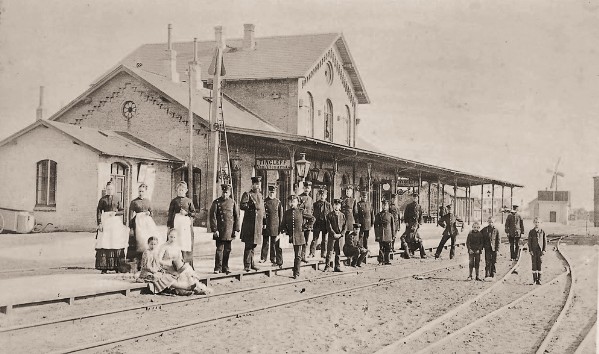 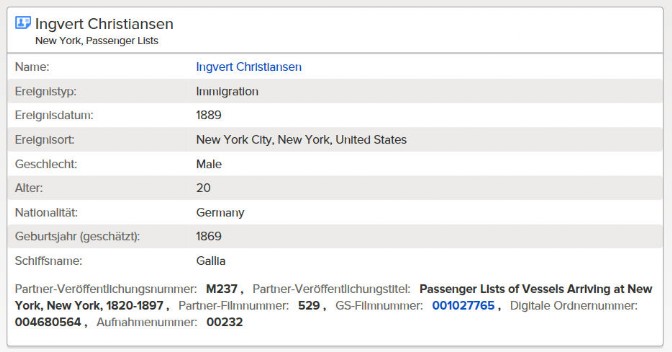 Ivor Christensen was born December 18, 1869 to Andrew and Mary (Ericksen), both natives of Germany. He received early education in the public schools. When he had completed his education, he resolved to seek his fortune in the New World beyond the sea. At 19 years of age, 1889, he bid farewell to his father and mother taking a ship to America. Upon his arrival in this country, he had only 21 cents in his pocket as he proceeded to the territory of Wyoming, and joined his brother, Hans, who was residing at Carbon in Carbon County, Wyoming. Soon after arriving there, Hans was taken with a serious illness and he soon died. Ivor was unable to speak the English Language, but he made the best of the situation, and occupied himself in ranching and mining, both in Wyoming and Colorado for about two years. 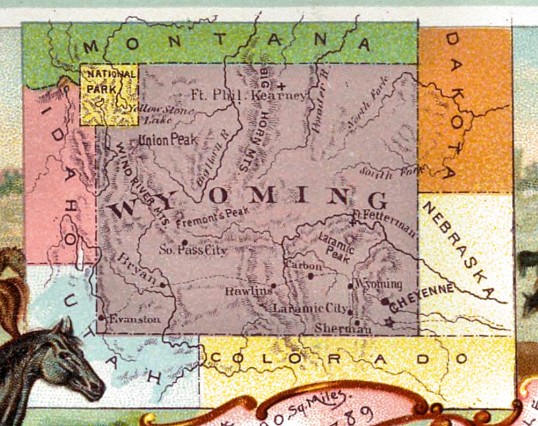 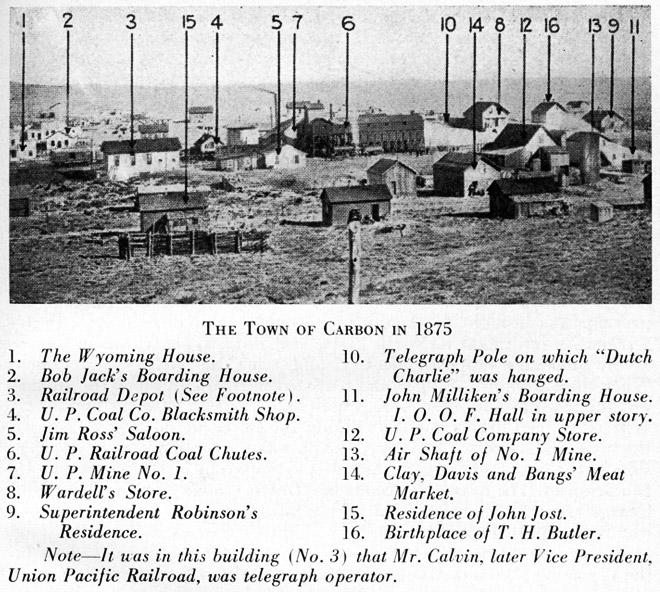 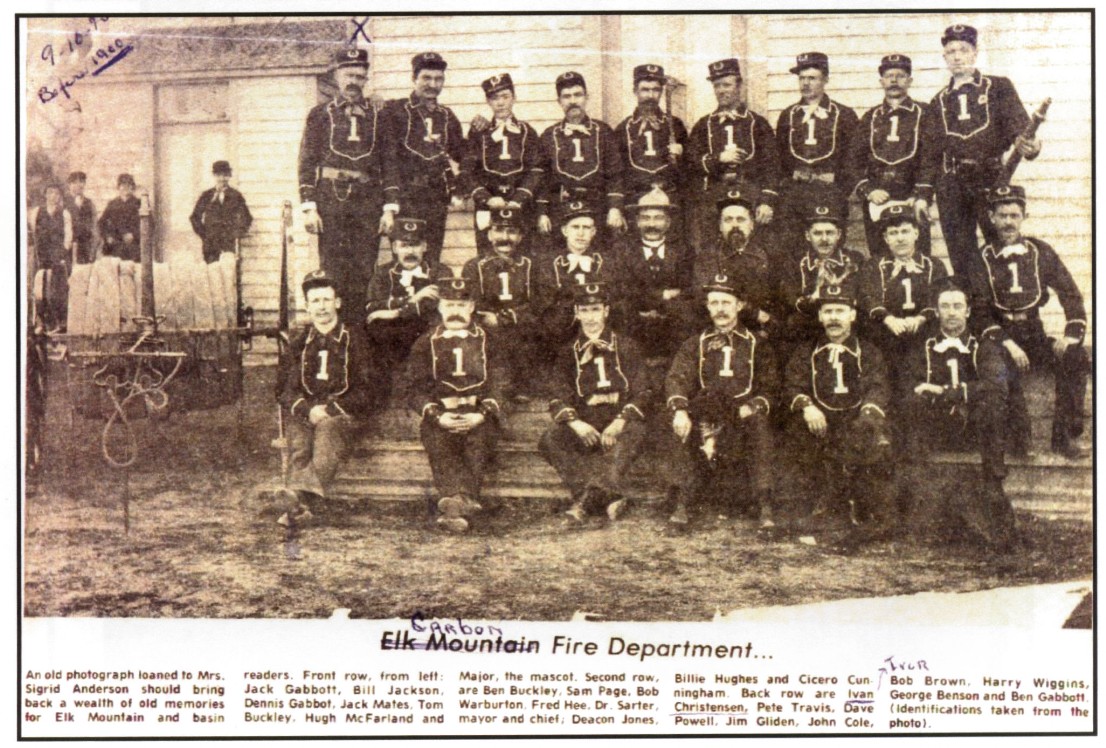 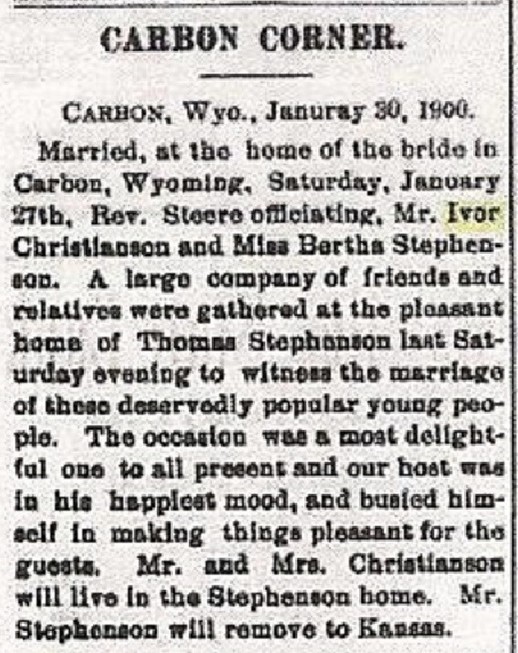 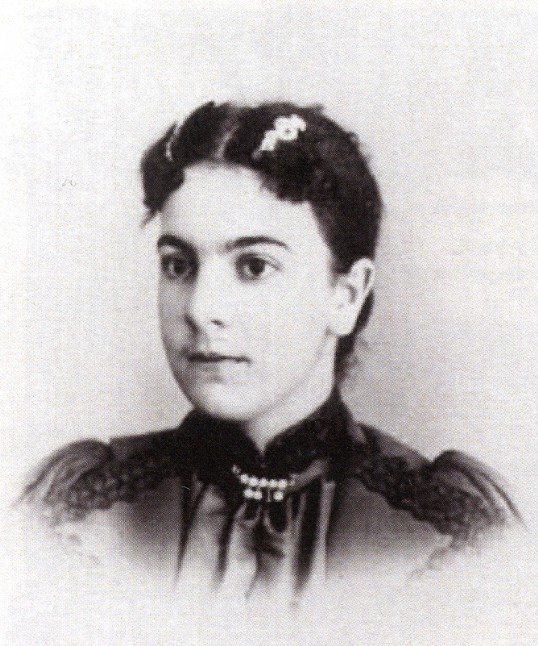 Transcription of text in document
Rawlins Semi-Weekly Republican no. 9 January 31, 1900, page 4 CARBON CORNER. Carbon, Wyo., January 30, 1900.
Married, at the home of the bride in Carbon, Wyoming, Saturday, January 27th, Rev. Steere officiating, Mr. Ivor Christensen and Miss Bertha Stephenson. A large company of friends and relatives were gathered at the pleasant home of Thomas Stephenson last Saturday evening to witness the marriage of these deservedly popular young people. The occasion was a most delightful one to all present and our host was in his happiest mood, and busied himself in making things pleasant for the guests. Mr. and Mrs. Christensen will live in the Stephenson home. Mr. Stephenson will remove to Kansas. J.W.S

Ivor Christensen who some years ago was known as ”The Terrible Swede” in bicycle circles was so badly injured at Hanna a few days ago that amputation of one leg is necessary. 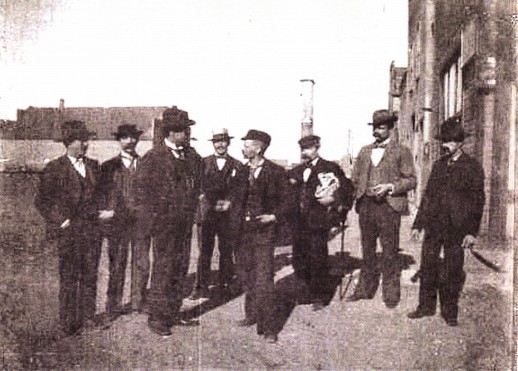 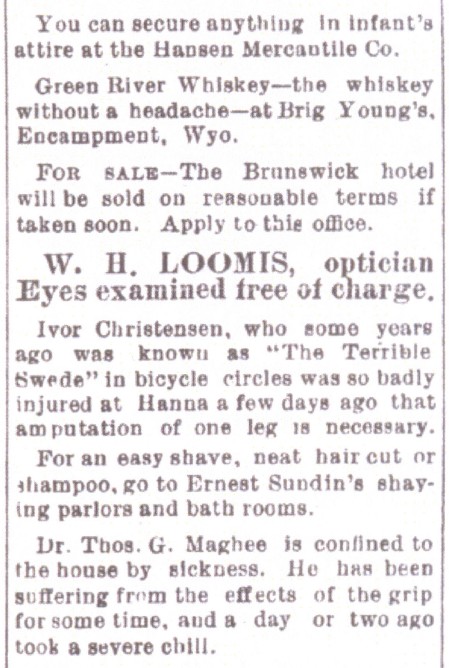 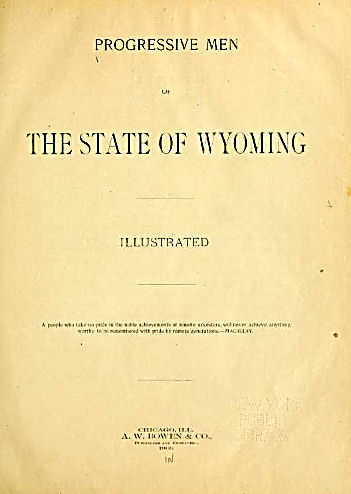 The capable postmaster of Hanna, Carbon county, Wyoming, is a progressive and capable young business man. A native of the Fatherland, Ivor Christensen was born in 1869, and is the son of Andrew and Mary (Erickson) Christensen, both natives of Germany. His father was born in 1840 and has always followed the occupation of farming in his native country, where he is still living. He was a soldier in the Germany war with Austria in 1866, and the Franco Prussian War in 1870 and 1871. He was the son of Hans Christensen, also a native of the Fatherland, as was also the mother, who was born in 1839, and is still residing in Germany. Their son, Ivor, grew to man's estate in his native country, and received his early education in the public schools in the vicinity of his boyhood's home. When he had completed his education, he resolved to seek his fortune in the New World beyond the sea, and bidding farewell to his father and mother he took ship and came to America. Upon his arrival in this country, he proceeded to the then territory of Wyoming, and joined his brother, Hans, who was residing at Carbon in Carbon County. Soon after arriving there, his brother was taken with serious illness and soon died. Ivor was unable to speak the English language, but he made the best of the situation, and occupied himself in ranching and mining, both in Wyoming and Colorado, for about two years. At the end of that time he returned to Carbon county and secured employment as a fireman in one of the mines and soon became familiar with all the machinery connected with mining operations. He also occupied all the time that was at his command in study, and acquired a general knowledge of the English language.

In 1901 he met with a serious accident in the mine where he was employed, and was there for confined to the hospital for seven months. Upon his recovery from his injuries, he came to Hanna and was appointed the postmaster at that place. He was familiar with the duties of this position, from the fact that previous to his injury he had been the postmaster at Carbon for about two years. He had also served as a member of the city council of Carbon during his residence in that place. In the year 1900 Mr. Christensen was united in marriage to Miss Bertha Stephenson, a native of England, who came to America with her parents in 1880, when but two years of age, they made their home in Illinois until 1888. Disposing of their property at that place they moved to the then territory of Wyoming and settled in the town of Carbon, Carbon county, where Mr. Stephenson and family are wellknown and highly respected citizens. To this union has been born one child to bless their home life, William E. Their home is noted for its generous and genial hospitality.
Mr. Christensen is affiliated with the order of Knights of Pythias, and takes an active interest in the fraternal life of the community where he resides. He is also a stanch member of the Republican party, and is one of the most active and prominent among the leaders of that political organization in Carbon county. He has been often solicited to become a candidate for positions of trust and honor in the gift of his party, but thus far has consistently declined to do so, preferring to devote his entire time and attention to the care and management of his private business interests. He is held in high esteem by all who know him, and is looked upon as one of the rising young men of that section of the state. 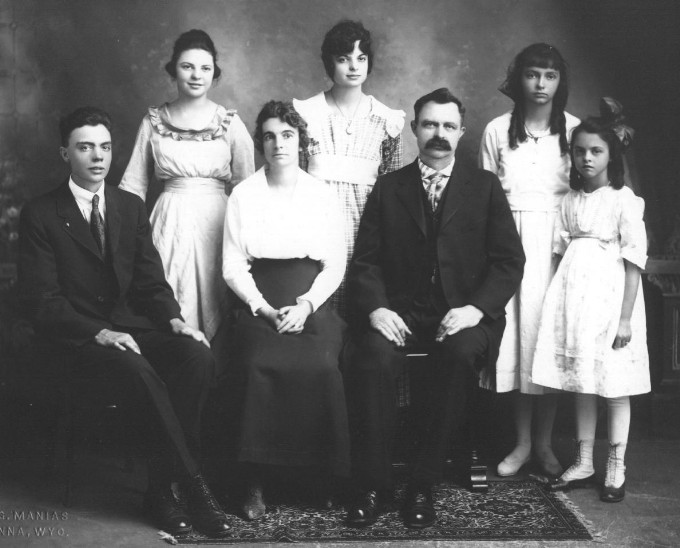 He could do any thing ... legs or not. He broke horses, hauled a sheep camp from place to place with an old Chrysler. If the car broke down, he figured out what was wrong and made a new part in the tool shed, and was back in business. Ivor had a 1928 Chrysler. He moved the gas foot down and between the clutch and break ... so he could use his right leg. The right leg was cut off, but he rode horses at the OH right up till he died.

So far as I could ever see, he was kind but demanding. Bill, my husband, had to stay out of school a lot to help. He didn't waste time, would shot coyotes that threatened the sheep. No time for fim. I do remember that he took the family to South Dakota to visit Fanny, Bertha's sister.

The OH was a working ranch ... calving; branding, even chickens and I think a couple of milk cows. There was a bunkhouse for help. I remember Alice going to the penitentiary in Rawlins for trustees for ranch help. His last year, the heifers had not been given enough supplement and calving required a lot of pulling. This was the cause of his heart attack.

He was taken to the mine hospital in Hanna ... did not recover. I admired him greatly; he was on my ... "beam" A MAN. 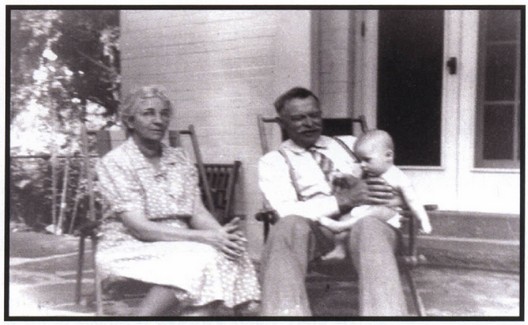 Bertha was a helper in the Hanna Hotel when he met her. They lived in the house behind the Post Office.

Bertha died of cancer here in Denver, Lutheran Hospital. The night she died, we were in the room, and Ivor gave her a long and loving goodbye kiss, I never forgot.

So it's "goodbye" Ivor and Bertha. The memories have brought you back for awhile.

My love to you both. 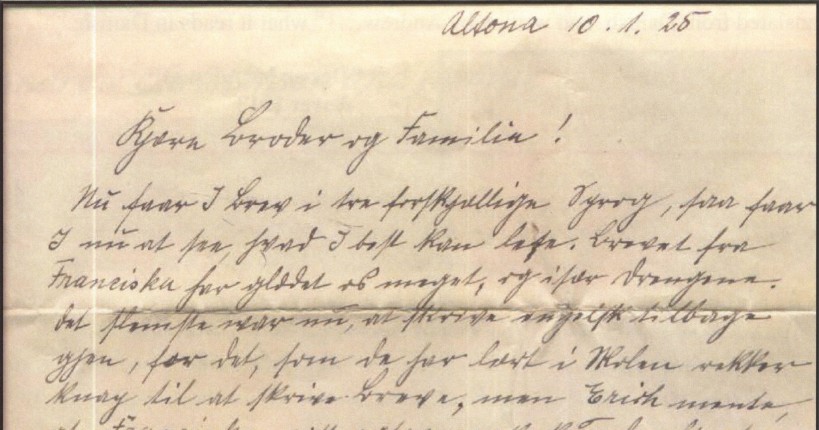 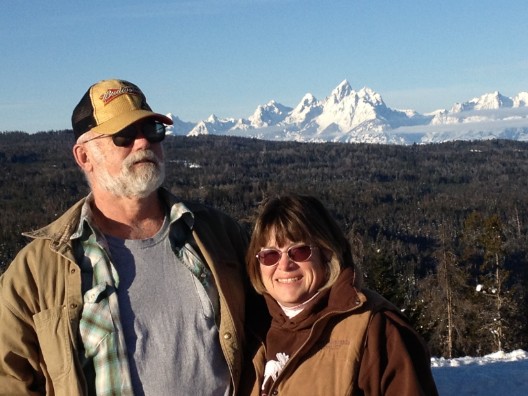 
Gail Bulkley and her husband, Randy